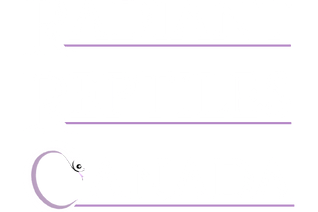 Reptile bans are not new, in either Canada or the USA and they DO affect you. There is no definition in most bylaws to differentiate between wild-caught and captive-bred animals. Everything is labelled under exotics and wild animals. Some bylaws in Canada give a list of the few animals that are not considered wild. Let’s be clear here, the only animals that are considered domesticated are cats and dogs. There are different rules for livestock, and a few for farm approved birds. But a pet guinea pig? Pet Ferret? Those are exotic pets. Ball python? Third, fourth, 100th generation of captive-bred reptiles? 100% considered WILD EXOTIC animal.

Bans or 'approved lists" harm and shut-down ethical breeders such as ourselves, yet do not stop unethical breeders/sellers - if anything making species illegal, only bolsters the black market, which cares nothing for the health and well being of the animals, or the people who buy them. This adds to more wild catching, potentially poaching, with no accountability. We have Provinces in Canada that have banned some commonly owned pets. Does that mean no one owns them? No, it means that they were imported under fake names.

Many keepers have the mentality of 'who cares if my pet is banned, I will just hide it." Unfortunately, bans (and unobtainable permits that Canada likes to offer), create more of this mentality, which in turn harms the animals. An example of this is not being able to take an illegal pet for vet treatment. This can lead to neglected animals, or people releasing their animals into the wild. (Which is illegal and cruel.)

A lot of people shrug their shoulders and say these lists either won't ever get approved or don't affect them due to their preferred animal currently not being listed on them. The sad truth is yearly our rights HAVE changed, all across Canada and the USA. Every day our abilities to own harmless pets are constantly being stripped away.

A lot of folks are unaware of how close we constantly are to losing our rights to own reptiles and most exotics. For years, groups like PETA, HSUS, and many others have spent millions of dollars in court and continue to push misinformation into the hands of government officials and news sources who have the power to create bans and 'safelists’. The proposed banned lists are often broad-reaching, banning entire genera of species, with no real concept of which animals they are blacklisting. Placing harmless animals like ball pythons and crested geckos on lists alongside tigers, pit-vipers, or many other animals who are often very dangerous and already illegal to keep.

The kinds of people behind pushing bans are relentless and would prefer an animal be put down rather than be in a healthy captive situation. We are talking about extremists, who have a lot of money, and lawyers pushing their agenda. They love to target audiences that do not know better and incite fear.

The main focus of these attacks has been reptiles as pets because there are fewer people who will stand up for them, in short - we are easy pickings. There is so much misrepresentation and misunderstanding around the topic of reptiles and other pets who do not fit the mainstream list of "cute" that it makes us an easy target.

Lately, the reptile hobbyists in the USA have been up against a new act, that by our current understanding is demanding to have an “approved list” but won't reveal that list until AFTER it’s been put into place. There is a lot of uncertainty, and at the moment the best thing we can do is learn as much as possible.

links Please educate yourself and others on how the laws in the USA and Canada can easily change at a fast pace, where to get reliable information and learn what you can do to keep our rights of keeping harmless pet reptiles!